My superfood series: 3. Beetroot can increase your endurance! 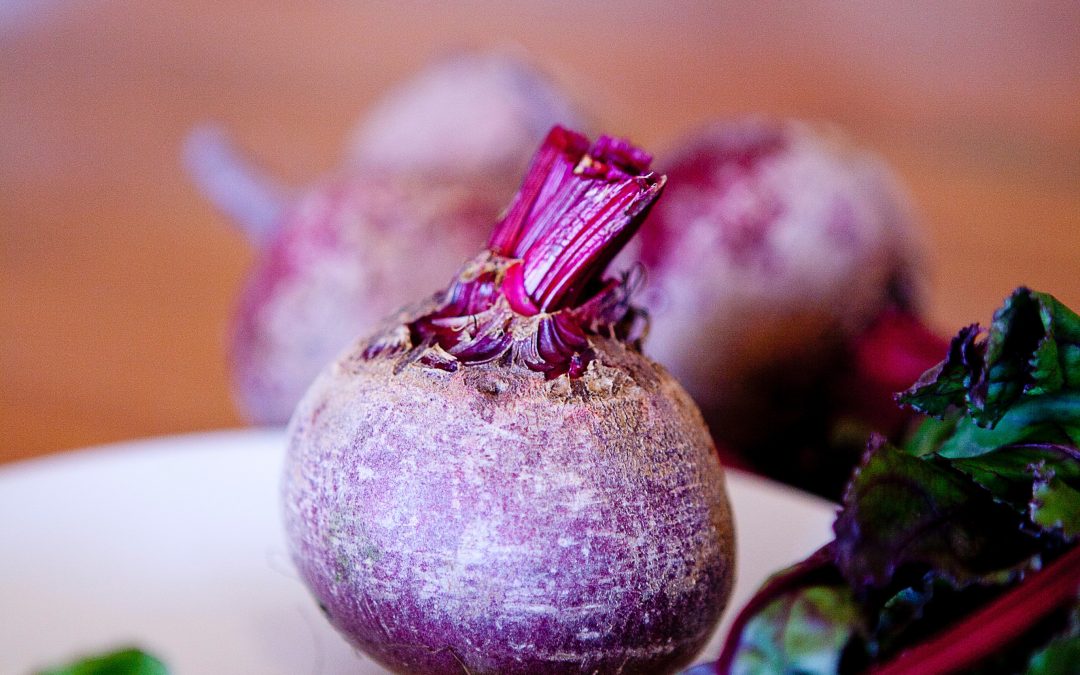 Beetroot is one of the most surprising superfoods I eat.

I have always loved beetroot since I was a child for no other reason than the colour and taste. Understanding that it is a superfood is a bonus, especially since preliminary research has revealed some potentially enormous health benefits and increased endurance for athletes. It only gets better!

The beetroot is the taproot portion of the beet plant, usually known in North America as the beet. Other than as a food, beets have use as a food colouring and as a medicinal plant for hundreds of years. It is an amazing food fast gaining popularity and now available in a variety of forms including drinks, powder, crisps & crackers, and pickled etc. It can be used in a wide variety of recipes from all over the world. See my selection below.

Raw beetroot is 88% water, 10% carbohydrates, 2% protein, and less than 1% fat. In a typical 100 gram serving provides 43 calories. Raw beetroot is a rich source (27% of the Daily Value, DV) of folate and a moderate source (16% DV) of manganese, with other nutrients having insignificant content.

In preliminary research, beetroot juice (which is now commercially available from Amazon and the larger supermarkets) reduced blood pressure in hypertensive animals [1] and so may have a beneficial effect on mechanisms of cardiovascular disease. [2] New evidence has found that dietary nitrate supplementation such as from beets and other vegetables results in a small to moderate improvement in endurance exercise performance [3] making it a popular choice for endurance sports.

Like all these amazing superfoods there can be a downside if you consume too much, and you’d be wise to monitor just how much you’re having. As it turns out, despite its numerous benefits there can be side effects if you overindulge. Check them out on this link.

Beets contain betaines which may function to reduce the concentration of homocysteine, [4] a homolog of the naturally occurring amino acid cysteine. High circulating levels of homocysteine may be harmful to blood vessels and thus contribute to the development of cardiovascular disease. As of 2008, this hypothesis is controversial as it has not yet been established whether homocysteine itself is harmful or is just an indicator of increased risk for cardiovascular disease. [5]

Usually, the deep purple roots of beetroot are eaten boiled, roasted or raw, and either alone or combined with any salad vegetable. A large proportion of the commercial production is processed into boiled and sterilized beets or into pickles. In Eastern Europe, beet soup, such as borscht, is a popular dish. In Indian cuisine, chopped, cooked, spiced beet is a common side dish. Yellow-coloured beetroots are grown on a very small scale for home consumption.

The green, leafy portion of the beet is also edible. The young leaves can be added raw to salads, whilst the adult leaves are most commonly served boiled or steamed, in which case they have a taste and texture similar to spinach. 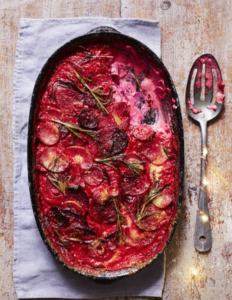 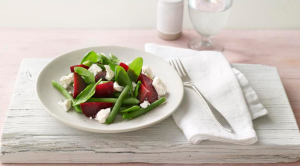 Beetroot works well in most salads

The red colour compound betanin is not broken down in the body, and in higher concentrations may temporarily cause urine or stools to assume a reddish colour. Although harmless, this effect may cause initial concern due to the visual similarity to what appears to be blood in the stool.